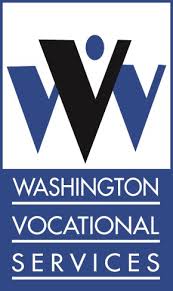 Mayor Julia Johnson was elected to City Council in January 2016, and on January 10, 2018, voted by City Council Members to serve as Mayor after former Mayor Wagoner was appointed to the State Senate. She was reelected by the people of Sedro-Woolley in November of 2019 to serve another term. She graduated from Sedro-Woolley High School in 1976 and went on to obtain her Bachelors in Social Science and later a Masters in Counseling Psychology. She has worked in Hospice as a Bereavement Counselor, and has also worked in an intensive inpatient treatment center counseling those who battle chronic substance use disorder. She and her husband Eric returned to Sedro-Woolley in 1994, where they have raised their two sons, Eric and Benjamin.

Buttered chicken with pilau, garlic naan, mango chutney and green salad. Dessert includes assorted cookies and cupcakes. Beverages include iced green tea and ice water.
The flavors of the meal and the brass and wood serving trays I use come from my grandmother’s five-year stay in Afghanistan in the ‘60s when she and my grandfather worked there for USAID.