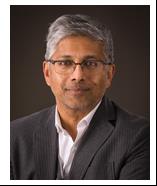 Hussain comes to PeaceHealth United General from Arrowhead Regional Medical Center in Colton, California, where he practiced as a surgical oncologist with a special focus on breast, pancreatic and hepatobiliary (liver) cancers. He strives to provide compassionate and individualized care for his patients and says, “A major tenet of my medical philosophy is to treat patients like I would my family – with care grounded in evidence-based practices.”

Hussain has published research and led clinical trials in oncology, traumatic injuries and general surgery practices and is board-certified by the American Board of Surgery. He completed his Doctor of Medicine at Loma Linda University School of Medicine in Loma Linda, California, and his internship and general surgery residencies at Harbor UCLA Medical Center in Torrance, California. Additionally, Hussain completed a fellowship in surgical oncology and later served as a supervising physician where he provided clinical training and oversight of medical students practicing in general surgery residency programs.

About PeaceHealth: Based in Vancouver, Wash., PeaceHealth is a not-for-profit Catholic health system offering care to communities in Washington, Oregon and Alaska. In 1890, the Sisters of St. Joseph of Peace founded what has become PeaceHealth. PeaceHealth United General Medical Center, a 25-bed Critical Access Hospital in Sedro Woolley, serves communities in a 2,000 square mile area in Skagit and Whatcom Counties. As well as operating a Level IV Emergency Department, key services include general and orthopedic surgery, oncology, pulmonary and primary care. Visit us online at peacehealth.org.